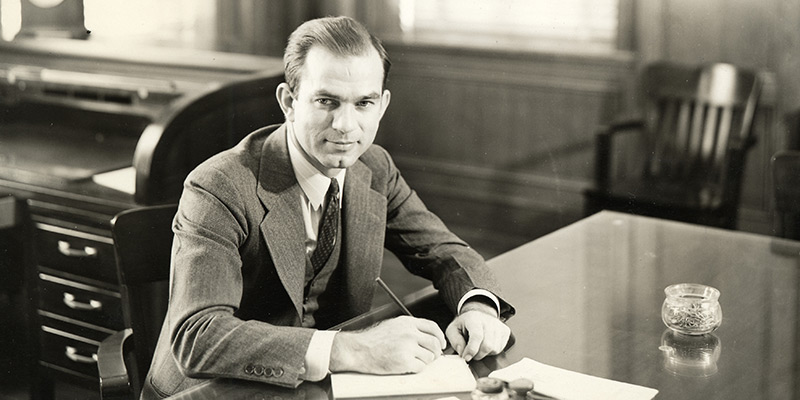 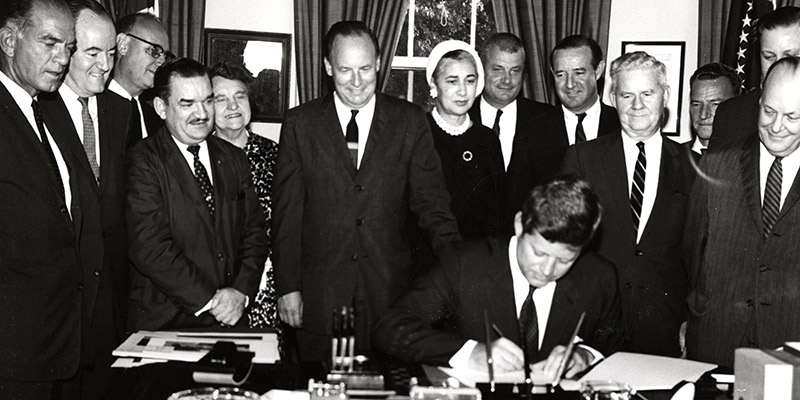 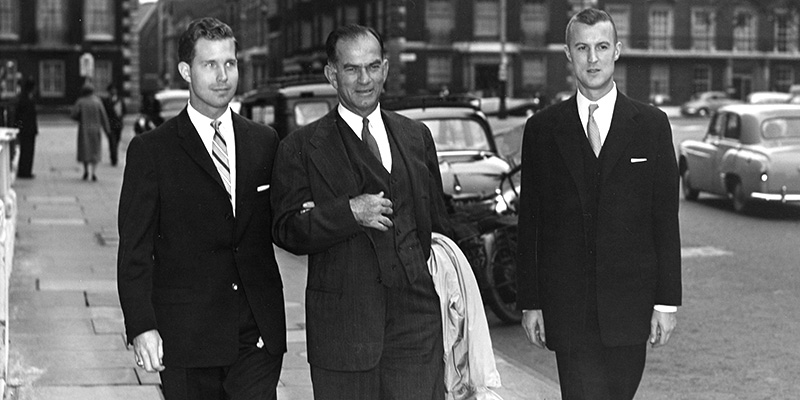 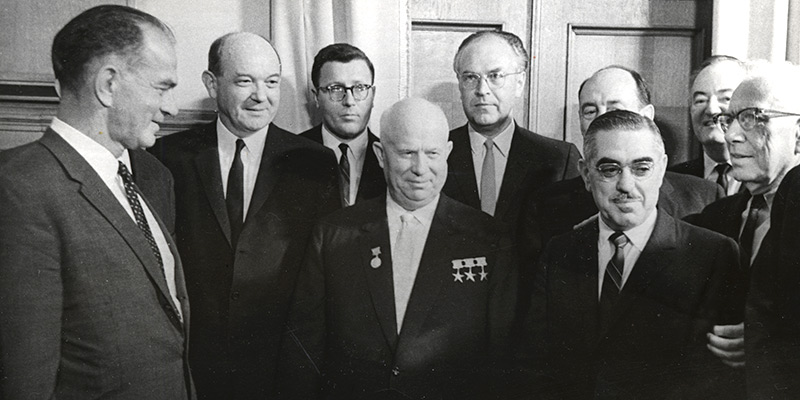 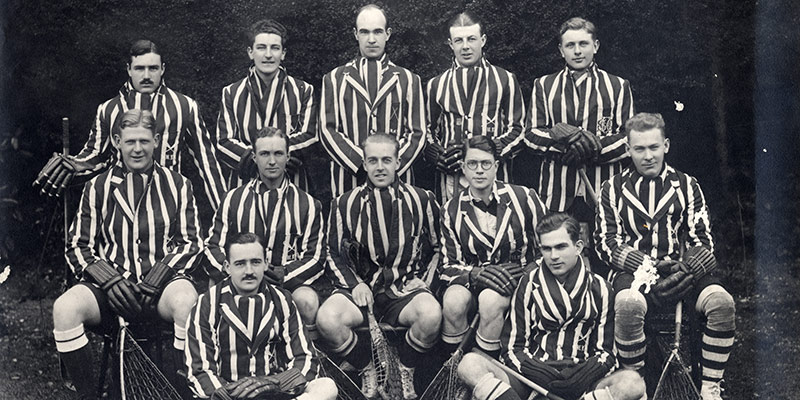 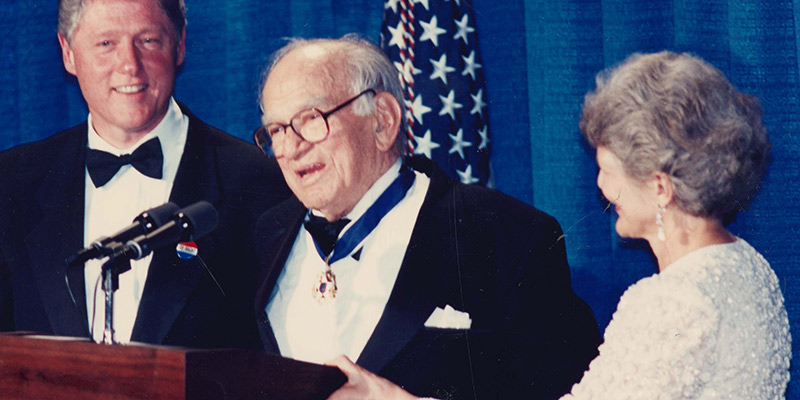 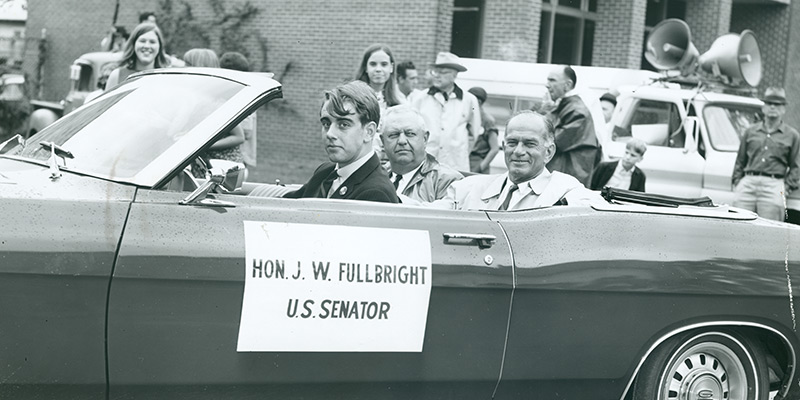 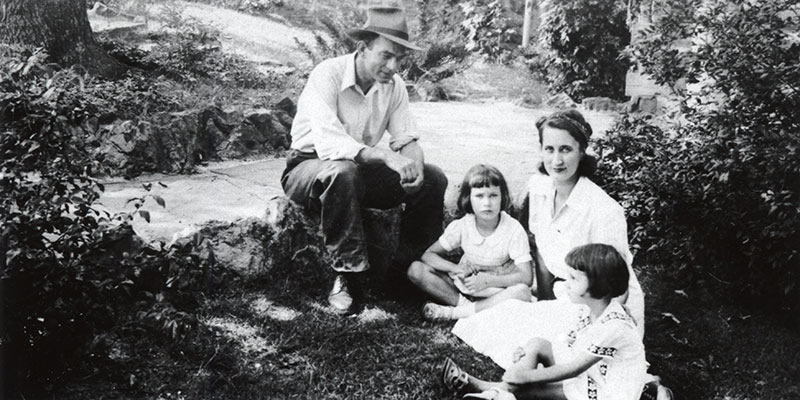 The Fulbrights with their daughters, Elizabeth and Roberta, at Rabbit’s Foot Lodge, a 150-acre farm near Springdale, Arkansas. The farm was called Rabbit’s Foot Lodge after a Sequoia Indian Chief who supposedly had ruled over the land in the past. Walter Lemke Papers, Series 4, Box 2, Folder 14

One of the most influential politicians in the twentieth-century, Senator James William Fulbright’s political career was marked by his tenure as the longest serving chairman of the Senate Foreign Relations Committee. In this capacity, he had a profound influence on America’s foreign policy, and his vision for mutual understanding and world peace shaped the far-reaching legacy of the Fulbright international exchange program which he established during the post-World War II period.